The importance of a Whopper Relationship.

by Pat Stephenson, Partner and Head of Client Service 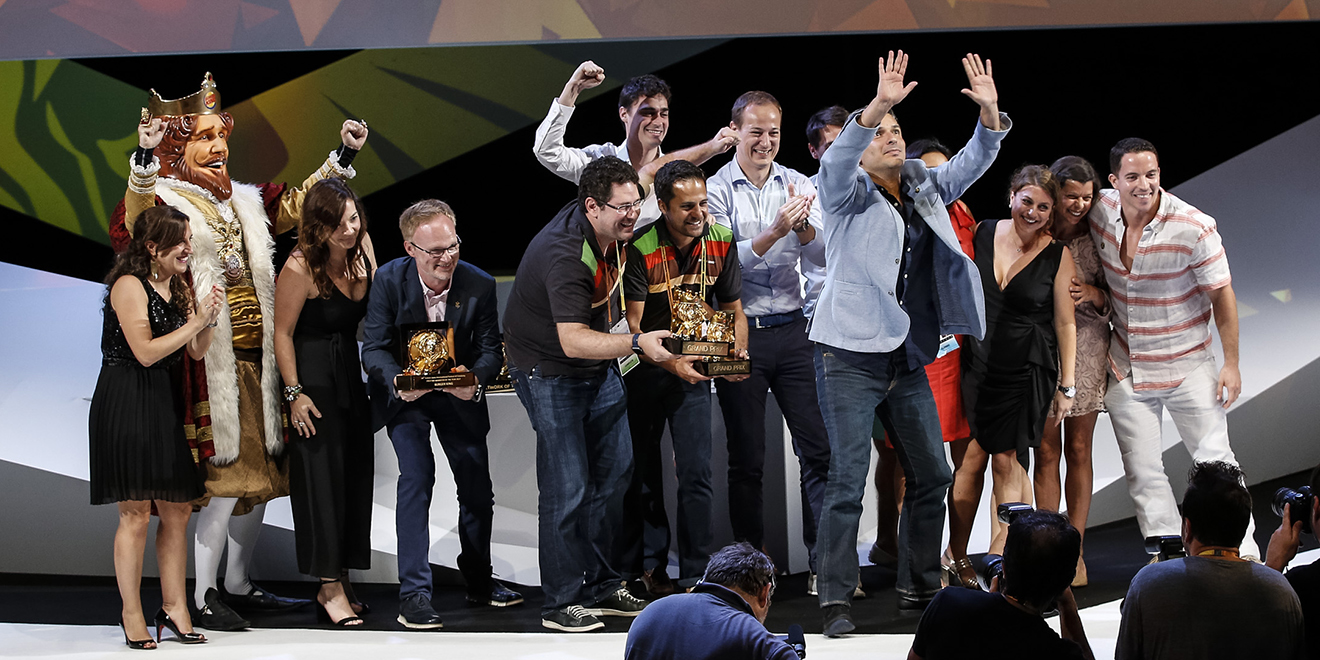 How do you make a campaign like Proud Whopper?

On the face of it’s pretty straightforward. You need a great idea. A simple, striking piece of design printed on a burger wrapper. Some posters. A not overly complicated camera set up in a single restaurant. Some real people going about their burger business. Mix them all together and, voila, you have a created an incredibly effective and successful Cannes collecting juggernaut.

I was lucky enough to see two of the men largely responsible for Proud Whopper, McWhopper and whole host of the other work which transformed Burger King into the one of the world’s leading marketing organisations, and indeed the Cannes Marketeer of the year  – BK’s Fernando Machado and David’s Anselmo Ramos – speaking at Cannes.

When asked what the secret sauce was for the banquet of great creative work they have created together as client and agency they both said it boiled down to one thing above absolutely everything else.

A great working relationship built on a clear shared ambition.

Simply put they both wanted to make brilliant creative work for Burger King and trusted each other to do so.

Take for example the aforementioned ‘Proud whopper’. This piece of work took over a year to get approved, let alone executed. At every stage and at every level of approval they would encounter a barrier, or objection, to the campaign. They would regroup, overcome it one way or another and continue on until they met the next issue to overcome. Many times one of them would say ‘that’s it, enough. We need to stop’ only for the other to push them both forwards. It’s an extreme example but one that highlights the absolute importance of a great relationship and a clear shared ambition if you want to create great work.

17 years into my career I couldn’t agree with them more. The most important thing that great work needs is that clear shared ambition and a relationship which is open and strong enough to deliver it. To trust in each other that whatever the argument or issue that may arise you are both only concerned with making the best, most effective work.

Without this sense of partnership between an agency and it’s client, the creation of any work of worth borders between luck and impossibility.  Almost any issue or question can kill great work.

When I started out I was naïve to assume that quality will always out. That great work would shine like a immediately identifiable, undeniable beacon that we as agency would mine, shine and bring to the client for us to mutually genuflect before it.

It was then simply a case of letting it out into the world in all its glory.

I clearly remember many times working with creatives on a tough or really sizeable brief where the pressure was on. The sense of excitement when they initially presented the incredibly creative answer they had managed to craft in answering it was palpable.

Excited not only by how they had answered the brief but also for the kudos that would surely come my way (oh the vicarious life of account management) firstly when we presented the work to our client and then when the world at large would see it executed out into the open.

The problem I didn’t understand is that almost anything else can and does get in the way. And in the vast majority of cases the great creative work would either never end up seeing the light of day or more likely end up so changed or watered down that it was a much less effective version of what it could have been.

What I know now is that even presenting an objectively brilliant, strategically correct, creative response is not enough if the main client relationship is not strong enough to the work made.

These obstacles pop up like mushrooms in any organisations. The more layers of approval required, the more dangerous the journey that the work has to go on. Objective and subjective reasons can kill off entire projects, especially when you are doing work that is even slightly out of the ordinary.

And the only way to ensure you have a chance of overcoming these issues is when both sides trust that they both have exactly the same end-goal in place.

So that’s it? The special sauce that helped create some of the world’s most effective and recognised creative work is made up of trust and a shared creative and commercial ambition and objective.

Success, as always is built on relationships. Within the agency it’s between departments, having creative, client service, strategy all pulling in the same direction. Within the industry, it’s the relationships between agency and client, surrounding the work and protecting it. Because a Proud Whopper shouldn’t be the only work that makes us proud.