Did you put the Fear of God in anyone this morning?

Did you scare anyone?

Probably not. Let’s be honest, very few of us did. We’d most likely be fired if we had but that’s the premise of Aldi Ireland’s new Play Rugby ad, promoting their sponsorship with the IRFU. Aldi Play Rugby is a national IRFU initiative that encourages a healthier way of life, for children to be active, participate and learn new skills.

The ad tells the story of a young boy who idolises, Paul O’Connell. So much so he recites his infamous “Fear of God” speech every morning (minus a few choice curse words) before the two eventually meet on the rugby pitch.

The commercial was shot over 3 days in various locations across Ireland. The campaign was fully integrated with TV, OOH, digital elements and print materials and will also appear during the November Internationals. 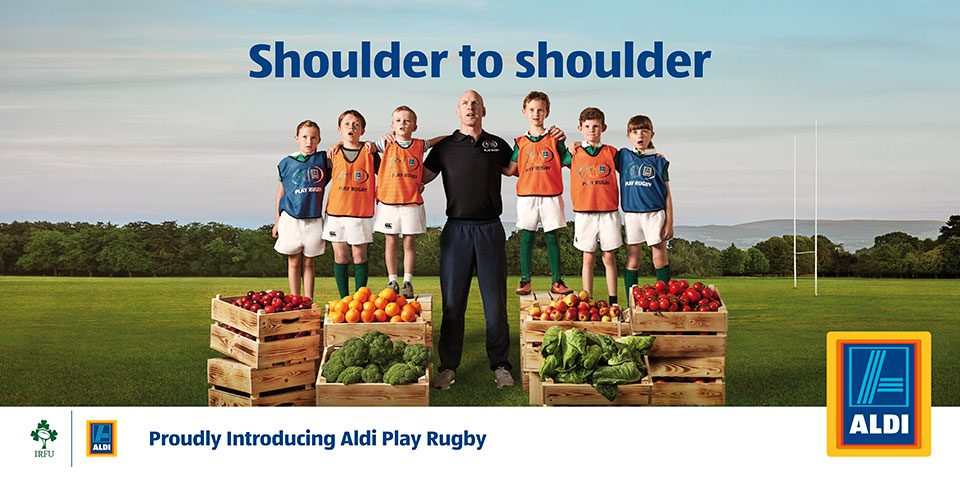