The Sound of Sixteen

Ireland’s first broadcast was transmitted at 5:30pm, April 25th, Easter Tuesday, 1916. Working with both RTÉ and the Independent broadcasters of Ireland (IBI), we decided to mark this landmark in Irish history by taking over the airwaves again.

A year and a day after the 100th anniversary, Sound of Sixteen was awarded a D&AD Pencil.

To find out more visit www.thesoundofsixteen.ie. 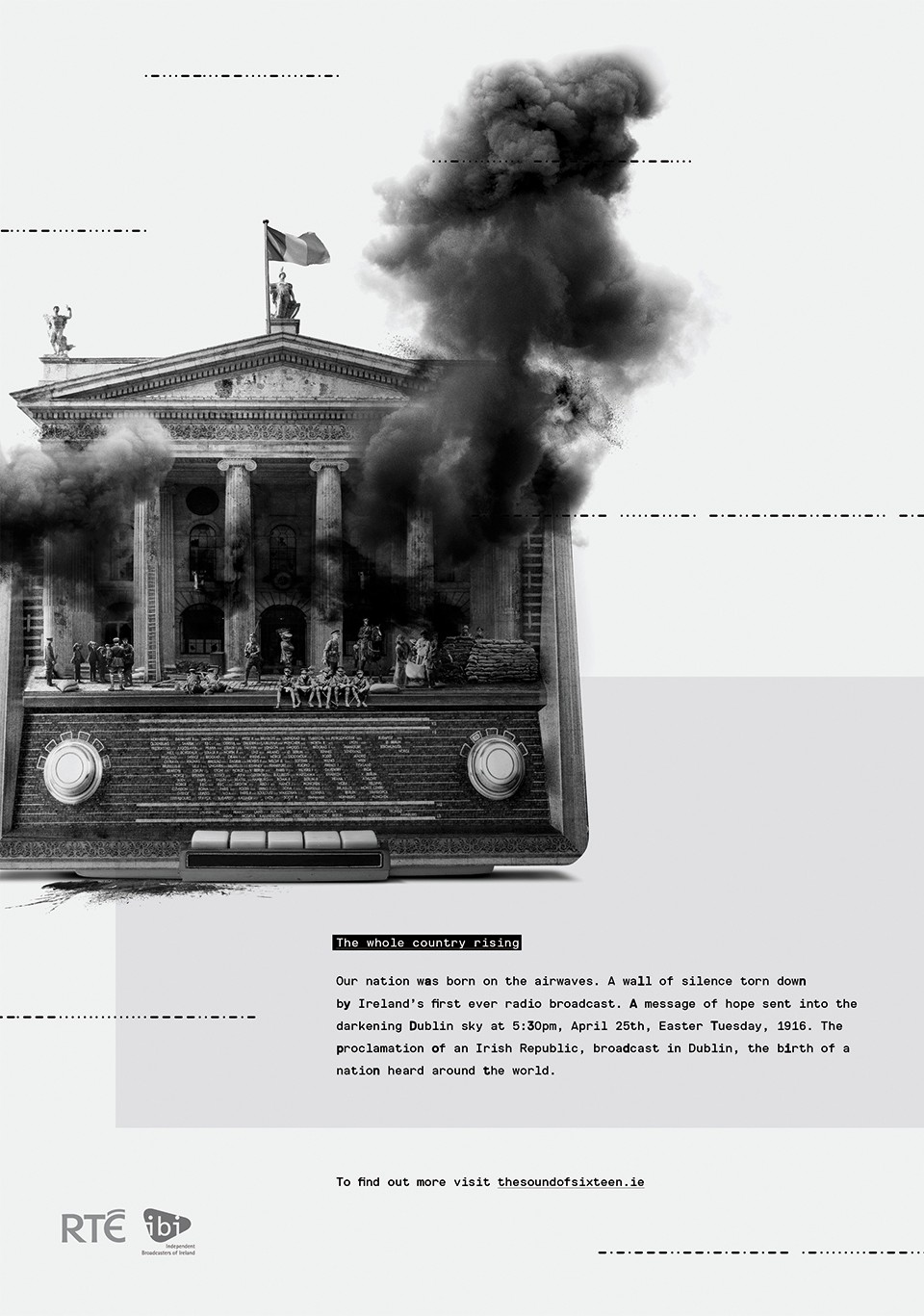